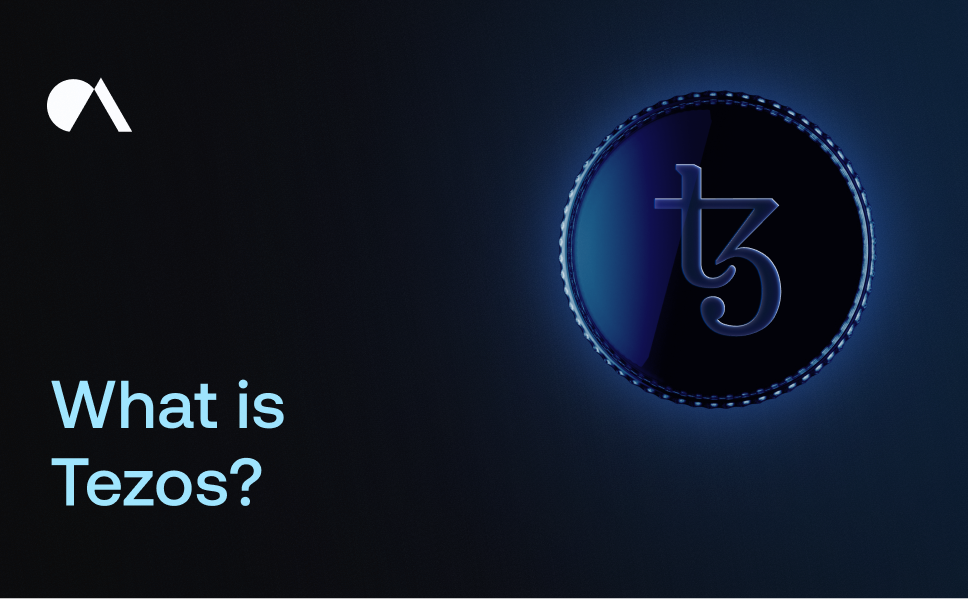 Tezos is a Layer 1 proof-of-stake blockchain created by Arthur Breitman and Kathleen Breitman in 2014. Similar to Ethereum it is a open-source blockchain that can execute peer-to-peer transactions and serves as a platform for deploying smart contracts. The Tezos blockchain went live in 2018.

Tezos markets itself as a creative blockchain, built with scalability to support applications for gaming, art, NFT’s and governance.

How does Tezos work in a nutshell?

At it’s core, the Tezos token is used as the currency to purchase blockspace on the Tezos blockchain. Tezos has its own governance and smart contract system, which anyone can build and deploy on. The platform markets itself on its self amendment and upgradability (- in essence the community can vote on code changes using Tezos), baked-in smart contract security and novel proof-of-stake consensus mechanism (known as ‘liquid proof-of-stake’).

What is Tezos used for?

Tezos has seen widespread use for NFT’s, with Hic et Nunc and FX Hash platforms seeing widespread proliferation amoungst the generative and on-chain art communities. As a result of this populatity, the Tezos foundation has been marketing their token and blockchain as a creator centric platform .