Polkadot is a protocol for building modular and interoperable blockchains. 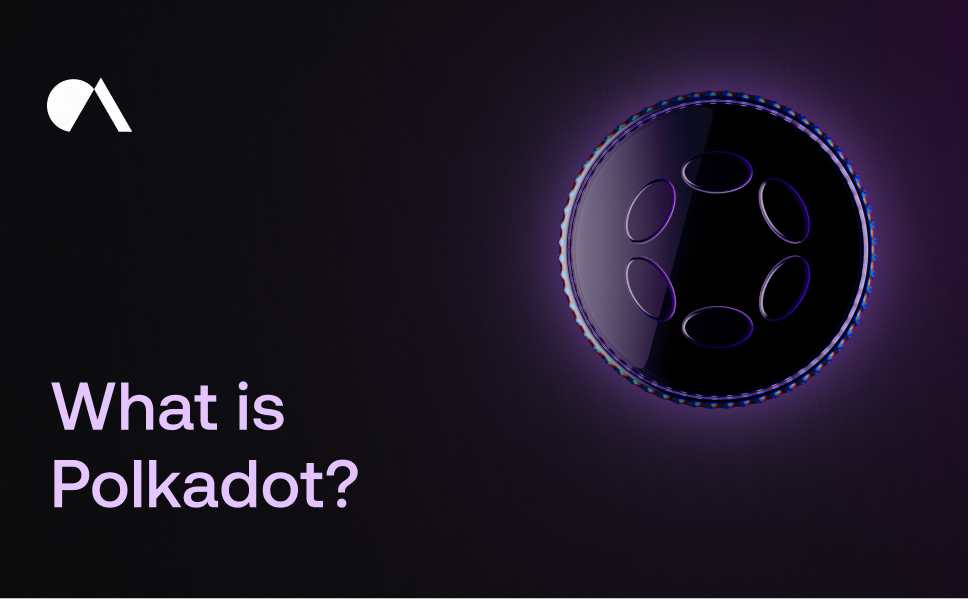 What is Polkadot ($DOT)?

$DOT is the native token for the Polkadot protocol that is a store of value and is also used for transaction fees, staking, governance, and for enabling several key functionalities on Polkadot.

Polkadot was created by Dr. Gavin Wood who is one of the co-founders and initial CTO of Ethereum and led the development of Solidity, the programming language used to build smart contracts on Ethereum. He left the Ethereum Foundation in 2016 to start working on a more ‘sharded’ version of it and wrote the first whitepaper for Polkadot later that year with the goal of enabling interoperability between blockchains.

He later teamed up with Peter Czaban and founded the Web3 Foundation, a non-profit entity to support the research and development of Polkadot and oversee its fundraising efforts. The foundation then chose Parity Technologies, a company founded by Dr. Wood and Jutta Steiner to develop Polkadot.

How does Polkadot work in a nutshell?

The Polkadot network has a primary blockchain called the ‘relay chain’ and many user-created parallel chains called ‘parachains’. Unlike Ethereum and many other post-Bitcoin blockchains, Polkadot’s Relay Chain doesn’t support smart contracts to build dApps etc. as its main purpose is to allow secure and scalable interoperability with the shards or parachains which are basically standalone blockchains that connect to the Relay Chain using bridges.

The relay chain acts as the governance layer of the Polkadot network, whereas parachains are auctioned, enabling independent projects to create and operate their own blockchains that live within the Polkadot infrastructure and benefit from its security hence justifying the name Polkadot as well.

Here’s a diagram from Polkadot on how it works in a nutshell:

Bridges are currently being built to work with blockchains like Bitcoin, Ethereum, EOS, and Cosmos, which would allow tokens to be swapped without a central exchange.

Just like how Ethereum has Solidity, the language to build smart contracts (developed by Dr. Wood), Polkadot has Substrate, which is a development tool that makes creating a blockchain/parachain a lot easier. Substrate was created by Parity Technologies which is Dr. Wood’s company that also leads the development of the Polkadot protocol.

The Polkadot project also launched Kusama in 2019 which is a test network that developers can use to test their ideas for parachains before implementing them on the main Polkadot network.

To dive deeper into how Polkadot works, check out their official documentation.

What is Polkadot used for?

Polkadot lets anyone build a blockchain a lot more easily than creating one from scratch and offers a wide variety of infrastructure and security. It is also used to share and transfer stores of value and data across unrelated blockchains that would otherwise not be able to interact with each other.