Ethereum is a major Layer-1 token from which smart-contracts emerged, and helped Web3 rise to ubiquity. 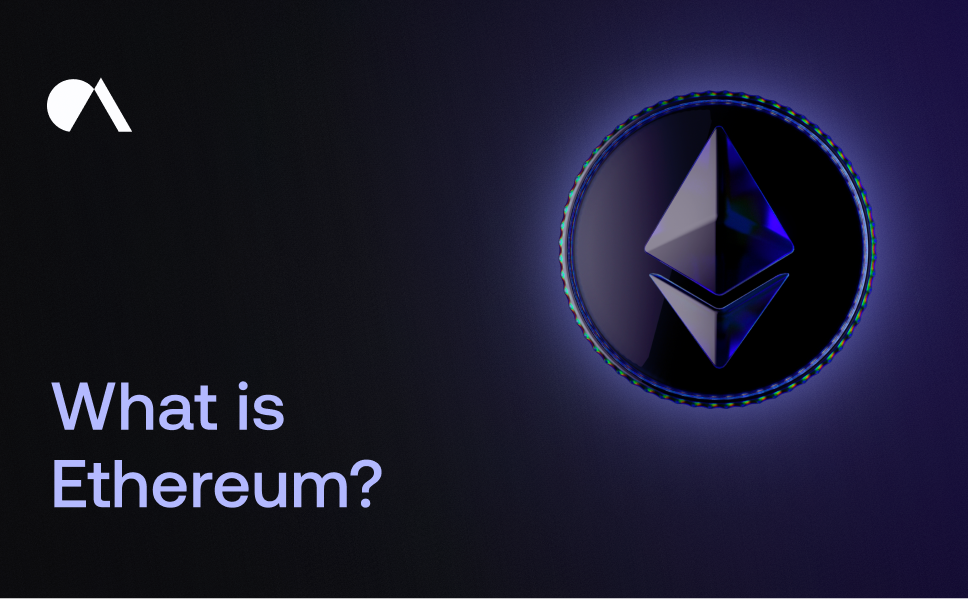 What is Ethereum ($ETH)?

Ethereum is a decentralized blockchain network that not only stores financial value but also enables the decentralization of apps, products & services. It is powered by the native token Ether ($ETH) which is used to pay for certain activities on the Ethereum network and smart contracts which is code that powers decentralized apps on it.

The creator of Ethereum, Vitalik Buterin, even compared Bitcoin to a pocket calculator and Ethereum to a smartphone that has a calculator and other apps as well. In a nutshell according to the Ethereum foundation, “Ethereum can be used to codify, decentralize, secure and trade just about anything.”

You can read the official Ethereum wallpaper here.

The idea for Ethereum was originally published as a ‘Next-Generation Smart Contract and Decentralized Application Platform’ in a whitepaper by Russian-Canadian programmer Vitalik Buterin in November 2013 when he was only 19 years old. Vitalik was introduced to crypto and the blockchain in 2011 when he also co-founded ‘Bitcoin Magazine’. As intrigued as he was by Bitcoin, he always envisioned the technology to be more than just a financial store of value but also provide more utility to build a more decentralized future.

Although the Ethereum whitepaper was released in 2013, Vitalik formed a team of co-founders consisting of Anthony Di Loria, Charles Hoskinson, Miha Alisie, Amir Chetrit, Joseph Lubin and Gavin Wood and built and launched the network in 2014 and did an ICO (Initial Coin Offering) in July 2014 and raised ~$18M to fund the project and the rest is well … history.

If you’re interested in diving deeper into the history of Ethereum, WisdomTree wrote an informative article here, and if you want a more technical history, you can check out the timeline on Ethereum’s website.

How does Ethereum work in a nutshell?

The goal of Ethereum is to become the world’s decentralized computer through what’s known as an Ethereum Virtual Machine (EVM). To understand how Ethereum works, it helps to understand its components first.

Note: While $ETH is the native token for the Ethereum network, developers can create their own tokens/cryptocurrencies on the Ethereum blockchain too.

These components are what make Ethereum ‘composable’ and modular like Legos making it the leading blockchain for web3 developers to build dApps on. Anybody can create new smart contracts or develop apps on existing ones and there are already thousands of dApps created from marketplaces for NFTs like OpenSea, to ‘play-to-earn’ games like Axie Infinity, and even paved the way for Decentralized Finance (DeFi) and web3 to exist.

Up until 15th September 2022, Ethereum used the same Proof-of-Work consensus mechanism as Bitcoin and transitioned to a much-awaited Proof-of-Stake consensus mechanism through a process referred to as ‘The Ethereum Merge’. The shift to PoS reduced Ethereum’s energy consumption rate by ~99.95% and also plays a big role in further decentralizing the blockchain by lowering the barriers to entry for anyone who wants to become a validator of the Ethereum blockchain.

Read more about the Merge here.

What is Ethereum used for?

Some use-cases from the Ethereum Foundation:

For more use cases, check out the Ethereum Foundation’s website and also an in-depth article from Gemini.

The purpose of our article was to give you a brief idea about what Ethereum is all about, but if you want to dive deeper into Ethereum, here are some resources we recommend checking out: