Decentraland is a user-owned virtual world built on Ethereum where users can buy and sell digital land. 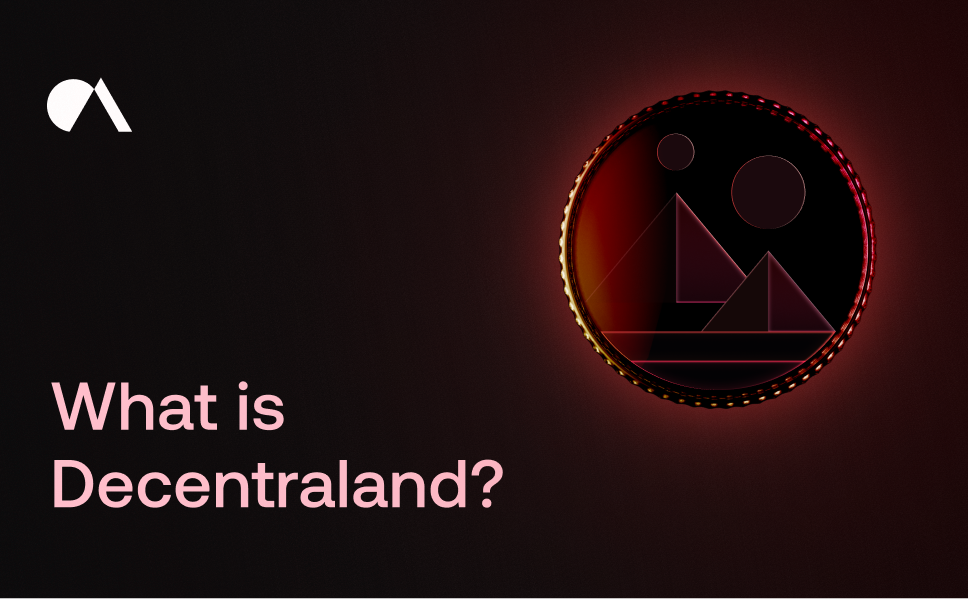 What is Decentraland ($MANA)?

Decentraland (MANA) is a virtual world and community based on blockchain technology. It’s user-owned and built on Ethereum. Decentraland users can buy and sell digital real estate, while also playing games, exploring, and interacting within this virtual world. Users own plots of land, artwork, and NFTs. Members also participate in the platform’s DAO which gives the community power to participate in the project’s governance.
‍

Decentraland was founded in 2015 and launched in 2017 by developers Estaban Ordano and Ari Meilich. It developed from a basic 2D experiment and transitioned into a large 3D world. It’s centred by a marketplace that sells virtual assets like land parcels and other customized assets which can be bought through its native token, MANA.
‍

How does Decentraland work in a nutshell?

There are two different types of tokens that govern operations in Decentraland. These are:

Decentraland leverages the Ethereum blockchain to track ownership of digital land and requires users to hold MANA tokens within an Ethereum wallet to engage with its ecosystem. Players have direct control over the rules of the virtual world. Developers are able to innovate within the platform by designing animations and interactions experienced on their virtual real estate. It’s up to each player to decide what to do with their plot.

Smart contracts act as proof of ownership of the land purchased by users. Decentraland also provides a P2P connection for users to socialize and interact with each other. Users not only buy and sell their land but can also rent these assets to other players on the platform.