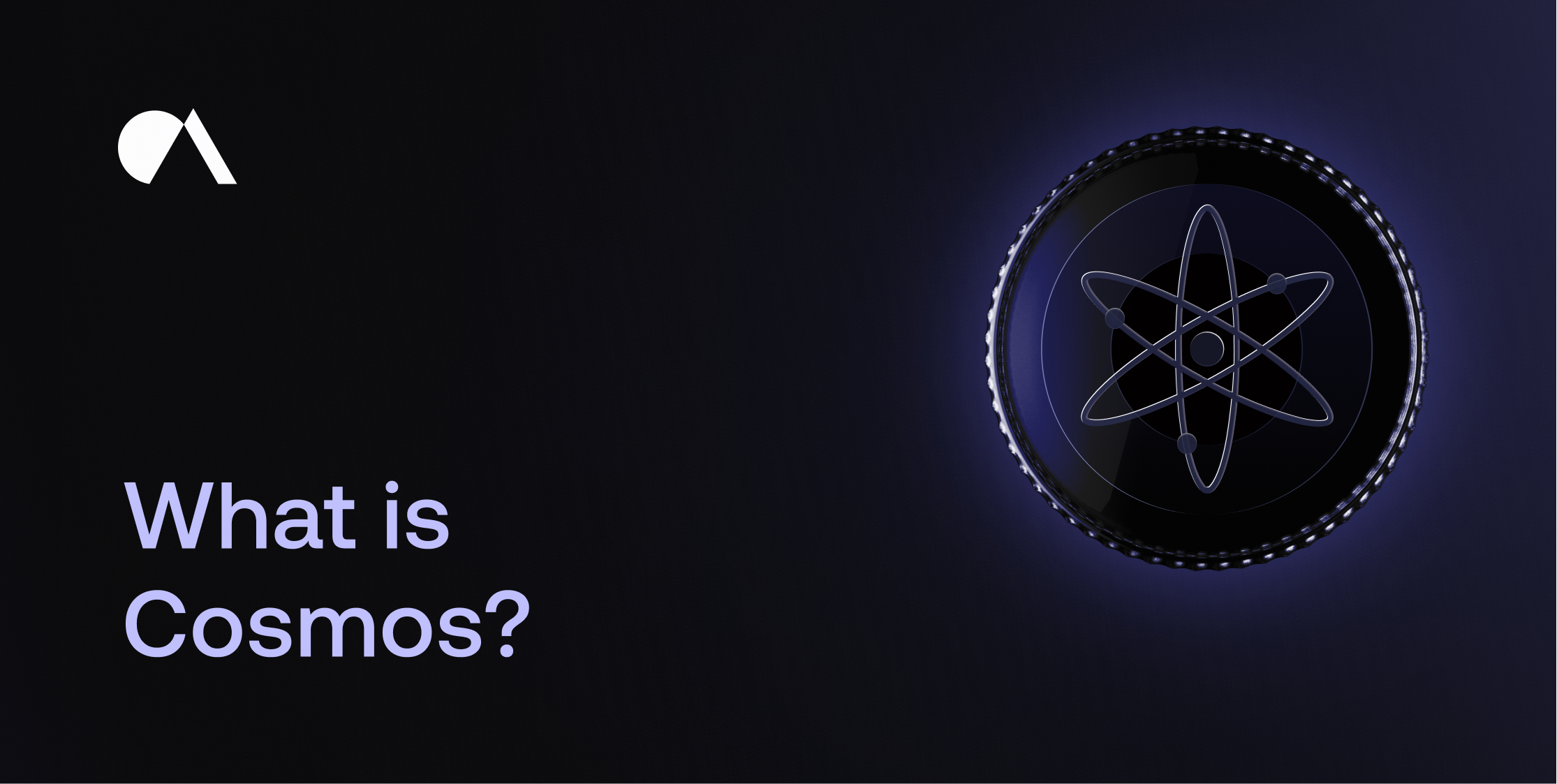 Cosmos is an ecosystem of apps and services that exchange digital assets which aims to be the ‘Internet of Blockchains’. The blockchain was founded by software developers Jae Kwon and Ethan Buchman in 2014 and released in 2019. Cosmos allows users to spin up their own blockchain, and links these blockchains together through the cosmos hub, allowing liquidity to be transmitted between chains inside of the Cosmos ecosystem using the Inter-blockchain Communication Protocol (IBC). In addition, Cosmos also has a novel ‘tendermint’ proof-of-stake Consensus mechanism which underpins the blockchain.

How does Cosmos work in a nutshell?

Cosmos consists of three layers; Application, Networking and Consensus. Cosmos uses a variety of open source tools to tie these layers together, including the tendermint consensus mechanism, the Tendermint Byzantine Fault Tolerance and the Cosmos Hub.

New blockchains are called ‘zones’ which are connected by ‘hubs’. The main hub is the Cosmos Hub, however there are others such as Osmosis which also serve the same purpose - to act as an inter-blockchain bridge. By seperating the application layer from the consensus and networking layer, Cosmos allows each blockchain to remain ‘Soverign’ - whilst also allowing them to scale and communicate freely.

What is Cosmos used for?

Cosmos allows individuals and entities large and small to create their own interoperable blockchains for specific use cases. These blockchains can communicate with each other allowing liquidity to be transferred between them, creating an ecosystem of intertwined blockchains - whilst still allowing each to retain its soverignty. Cosmos allows these blockchains to scale with their use cases, and thanks to the rapid throughput of the Cosmos ecosystem, it is very useful for high-speed transaction applications. Each independent blockchain within Cosmos is called a “zone” which is tethered to the Cosmos Hub. This hub maintains a record of the state of each zone and vice versa.

The $ATOM token underpins the Cosmos ecosystem, users can stake atom in Cosmos Hub for yield or use $ATOM as the transaction token inside of Cosmos.