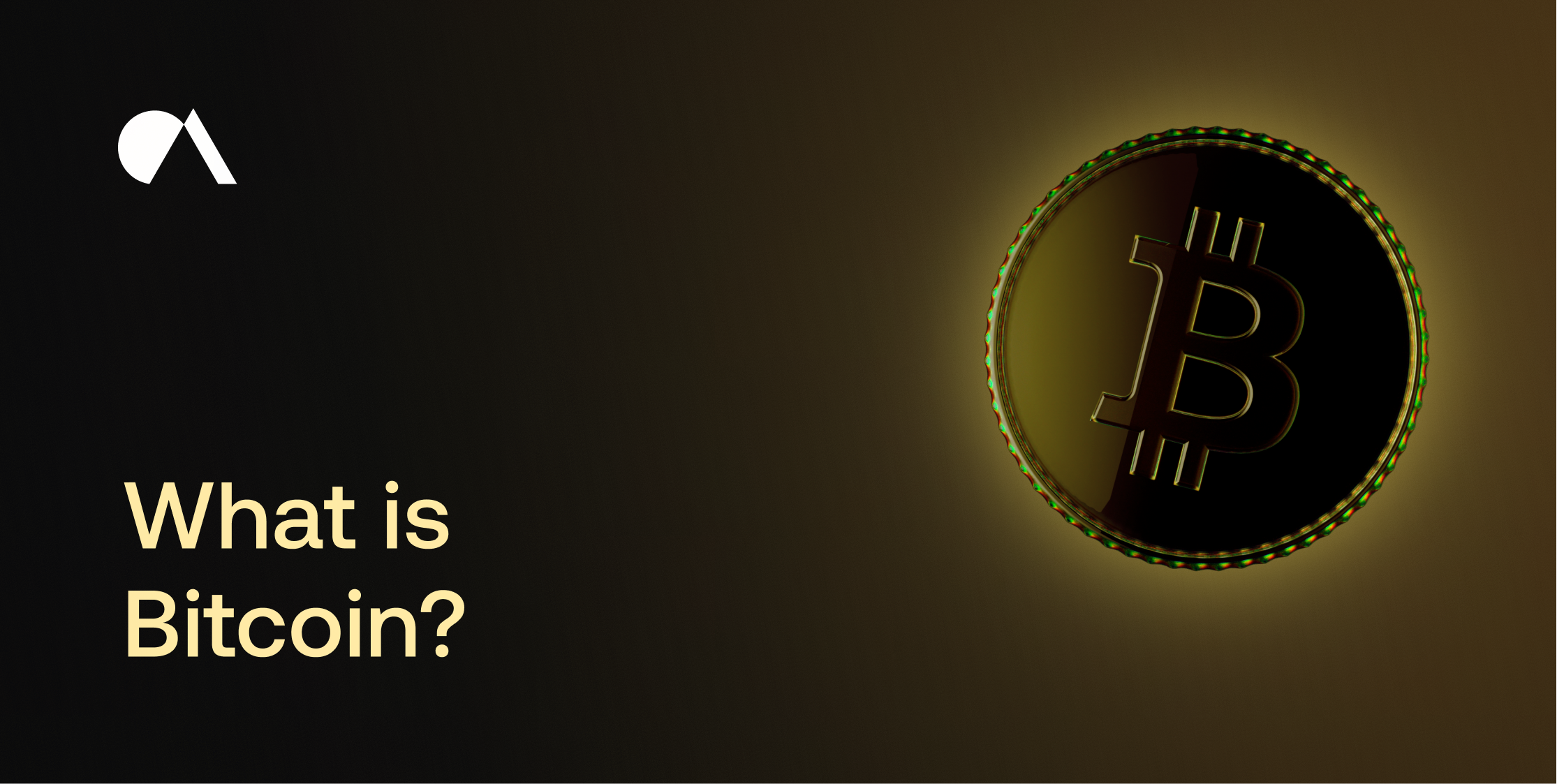 Bitcoin is the first decentralized digital cryptocurrency that you can buy, sell, and exchange directly, without any middlemen, and instead relies on secure peer-to-peer transactions on the internet.

In simple terms, Bitcoin is a form of digital money that:

You can read the original Bitcoin whitepaper from 2008 here.
‍

During the economic recession of 2008, a pseudonymous programmer who goes by the name Satoshi Nakamoto published a 9-page whitepaper outlining a new peer-to-peer electronic cash system called Bitcoin to a cryptography mailing list on October 31st, 2008.

Four months later, Satoshi mined the first block also known as the Genesis Block of the Bitcoin network consisting of the first 50 bitcoins to ever be minted, effectively piloting blockchain technology and changing the course of history since.

At this point, Bitcoin had no real monetary value. Miners who use powerful computers that solve complex math problems to uncover new Bitcoins and verify that previous Bitcoin transactions are legitimate and accurate would trade Bitcoin back and forth just for fun.

A year after the Genesis Block on May 22, 2010, a man in Florida bought two pizzas worth $25 for 10,000 BTC establishing the first real-world price of $BTC where 1 bitcoin was worth 4 pennies - wild to think about it today where it’s worth millions.

This was also around when Bitcoin first became available on exchanges making it easier to buy, sell, trade, and store Bitcoin.

In 2011, miners and coders started to build other networks, like Ethereum and Litecoin, and began to improve the code behind Bitcoin's blockchain, adapting it for different use cases.

How does it work in a nutshell?

In order to have a rough idea of how Bitcoin works, we can break it down into two parts:

The total supply of Bitcoin is capped to 21 million bitcoins and the last bitcoin to be mined would approximately in the year 2140. These bitcoins are created through a process called mining.

Mining is the usage of very powerful computers to solve extremely complicated math problems that verify bitcoin transactions and create new bitcoins. When a bitcoin is successfully mined, the miner receives a predetermined amount of bitcoin as a reward. The more number of miners there are, the harder the problems get to solve. This process of mining new bitcoins through solving complex mathematical problems is called ‘Proof of Work’.

Bitcoin transactions are verified by decentralized network nodes through cryptography and are recorded in a public and distributed transaction ledger called a ‘blockchain’. The blockchain is a record of all transactions that have taken place in the Bitcoin network. It also keeps track of new bitcoins as they are generated. Because of these properties, the blockchain can keep track of who has how much money at all times.

Unlike in banks where the transaction ledger is centralized, on the blockchain, every miner and node has a copy of the same ledger. And when one node is updated, the update is registered in every node on the blockchain making transaction details more easily verifiable and harder to be tampered with.

From a day to day standpoint for most people, Bitcoin is an asset that anyone can buy on exchanges such as Coinbase, Binance, Crypto.com, Gemini, Kraken etc.

In order to buy, sell, exchange, trade, and store Bitcoin, one needs a digital wallet that supports Bitcoin. Anyone can create a wallet through any of the exchanges that offer Bitcoin or other services like Ledger, Electum, Exodus etc.

What is Bitcoin used for?

Outside of being a speculative asset to invest in, Bitcoin is mostly used to transact value outside of the traditional financial system. One can make international payments that are settled faster, more securely, and at lower transactional fees compared to traditional settlement methods such as the SWIFT or ACH networks.

The purpose of our article was to give you a brief idea about what Bitcoin is all about, but if you want to dive deeper into Bitcoin, here are some resources we recommend checking out: