Avalanche is a modular PoS blockchain with a unique 'Snowball' consensus mechanism. 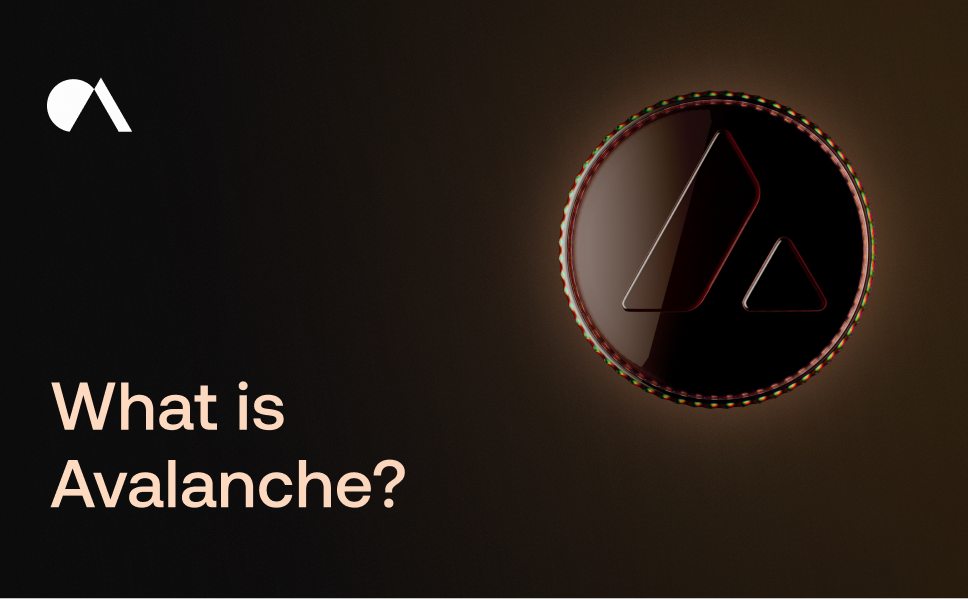 What is Avalanche ($AVAX)?

Avalanche is an open-source blockchain platform that primarily focuses on faster time-to-finality when it comes to processing transactions along with enabling people or institutions to create their own multi-functional blockchains and decentralized applications using smart contracts.

AVAX is the native token of the Avalanche blockchain and is used to pay transaction processing fees, acts as the governance token, and is a store of value across its ‘subnets’ which are blockchains built on top of Avalanche.

It was founded by Cornell computer scientists who brought on talent from Wall Street to execute their vision.

How does Avalanche work in a nutshell?

In order to achieve faster transaction times and finalize validations, the Avalanche blockchain makes use of a variety of protocols on top of a Proof of Stake consensus mechanism.

Digital assets can be easily moved across each of these chains to accomplish different functions across the Avalanche network in parallel contributing to faster transaction validity times.

This means when a validator processes a transaction, it surveys a small, random subset of validators. Each of those validators replies with a recommendation to either accept or reject the transaction.

What is Avalanche used for?

The Avalanche network prioritizes faster validations at scale, security, and decentralization, and also allows anyone to build custom blockchains on top of it with its own tokens and rules making it a feasible solution for individuals, enterprises, institutions, and even governments to integrate blockchain technologies into their operations. Like Ethereum, it is also a platform that allows developers to build decentralized apps (dApps) using smart contracts.